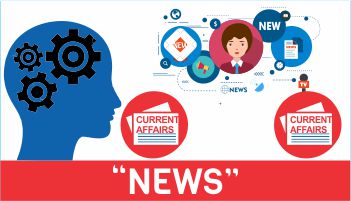 A multi-agency body called the National Recruitment Agency (NRA) will conduct a Common Eligibility Test (CET) to screen/shortlist candidates for the Group B and C (non-technical) posts. NRA will have representatives of Ministry of Railways, Ministry of Finance/Department of Financial Services, the SSC, RRB & IBPS. It is envisioned that the NRA would be a specialist body bringing the state-of-the-art technology and best practices to the field of Central Government recruitment,.NRA tcs academy

Examination to be held in 12 Indian languages

Recruitment Reform – a major boon for the youth

At present, candidates seeking government jobs have to appear for separate examinations conducted by multiple recruiting agencies for various posts, for which similar eligibility conditions have been prescribed. Candidates have to pay fee to multiple recruiting agencies and also have to travel long distances for appearing in various exams. These multiple recruitment examinations are a burden on the candidates,tcs academy – as also on the respective recruitment agencies, involving avoidable/repetitive expenditure, law and order/security related issues and venue related problems. On an average, 2.5 crore to 3 crore candidates appear in each of these examinations. A common eligibility Test would enable these candidates to appear once and apply to any or all of these recruitment agencies for the higher level of examination. This would indeed be a boon to all the candidates. What is National Recruitment Agency NRA : TCS ACADEMY

Approximately 1.25 lakh government jobs are advertised every year for which 2.5 crore aspirants appear in various examinations. A common eligibility Test would enable these candidates to appear once and apply to any or all of these recruitment agencies for the higher level of examination.

The NRA will conduct the Common Eligibility Test (CET) for recruitment to non-gazetted posts in government and public sector banks. This test aims to replace multiple examinations conducted by different recruiting agencies for selection to government jobs advertised each year, with single online test.

The Common Eligibility Test will be held twice a year.
There will be different CETs for graduate level, 12th Pass level and 10th pass level to facilitate recruitment to vacancies at various levels.
The CET will be conducted in 12 major Indian languages. This is a major change, as hitherto examinations for recruitment to Central Government jobs were held only in English and Hindi.
To begin with CET will cover recruitments made by three agencies : viz. Staff Selection Commission, Railway Recruitment Board and the Institute of Banking Personnel Selection. This will be expanded in a phased manner.
CET will be held in 1,000 centres across India in a to bid remove the currently prevalent urban bias. There will be an examination centre in every district of the country. There will be a special thrust on creating examination infrastructure in the 117 aspirational districts. What is National Recruitment Agency NRA

CET will be a first level test to shortlist candidates and the score will be valid for three years.
There shall be no restriction on the number of attempts to be taken by a candidate to appear in the CET subject to the upper age limit. Age relaxation for SC/ST and OBC candidates as per existing rules will apply.
Advantages for students

Removes the hassle of appearing in multiple examinations.
Single examination fee would reduce financial burden that multiple exams imposed.
Since exams will be held in every district, it would substantially save travel and lodging cost for the candidates. Examination in their own district would encourage more and more women candidates also to apply for government jobs.
Applicants are required to register on a single Registration portal.
No need to worry about clashing of examination dates.
Advantages for Institutions

Removes the hassle of conducting preliminary / screening test of candidates.
Drastically reduces the recruitment cycle.
Brings standardization in examination pattern.
Reduces costs for different recruiting agencies. Rs 600 crore savings expected.
The Government also plans to provide outreach and awareness facility to assist candidates in rural and far flung areas to familiarize them with the online examination system. 24×7 helpline will be set up for answering queries, complaints and queries.

National Recruitment Agency will be a Society registered under the Societies Registration Act. It will be headed by a Chairman of the rank of the Secretary to the Government of India. It will have representatives of Ministry of Railways, Ministry of Finance/Department of Financial Services, the SSC, RRB & IBPS. The Government has sanctioned a sum of Rs. 1517.57 crore for the National Recruitment Agency (NRA). The expenditure will be undertaken over a period of three years. It is envisioned that the NRA would be a specialist body bringing the state-of-the-art technology and best practices to the field of Central Government recruitment.

Union Cabinet on Wednesday approved a proposal to set up National Recruitment Agency that will conduct a Common Eligibility Test (CET) for selection to non-gazetted posts in the central government and public sector banks. “The National Recruitment Agency will prove to be a boon for crores of youngsters,” Prime Minister Narendra Modi said in a tweet. “This decision will benefit job seeking youth of the country,” Union Minister Prakash Javadekar said.

There will be single entrance examination for all non-gazetted posts — Group B and C posts. Candidates who qualify this Common Entrance Test (CET) can apply to any recruitment agencies for higher level of examination. The score will be valid for three years during which candidate can apply for jobs in different sectors depending upon his/her aptitude and preferences. 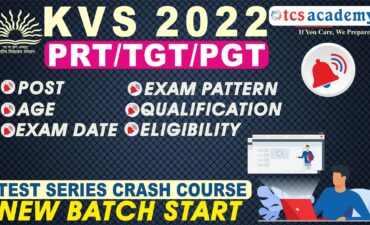 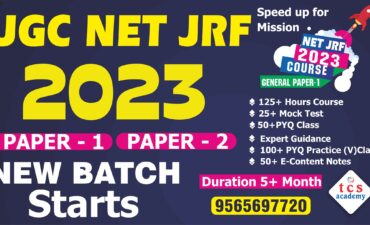